The fifth European Network Performing Arts Production (NPAP) workshop will be held on 4-6 May 2015, in London, UK. This event is the eighth in the series of workshops that has been held in Europe and the United States annually since 2009. END_OF_DOCUMENT_TOKEN_TO_BE_REPLACED

Performing arts Managers : There are currently 4362 companies abroad Europe to help you

END_OF_DOCUMENT_TOKEN_TO_BE_REPLACED

We often speak about production, booking, agencies, but we also discover that this part of our sector, which has an important role in the management and creation of an event or tour, often remains in the background. We had the chance to speak to Andrea Pieroni, Managing Director of Live Nation Italia, the Italian promoter, part of the American company Live Nation Entertainment, the biggest and most structured company in the world with regards to the organization of live events and e-commerce, and which is made up of four leading companies of the market: Ticketmaster.com, Live Nation Concerts, Front Line Management Group and Live Nation Network. END_OF_DOCUMENT_TOKEN_TO_BE_REPLACED

Arts And Culture Are Growing Twice As Fast As The Economy

Sebastián Cepeda : The vision of a young Light Designer 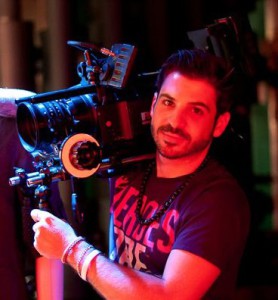 Sebastián Cepeda interview by Fabio Garcia – Musician by passion (bass player, as he claims: “… those who play what every song need”), teacher of Technology and Computer, freelance writer of articles related to music production in traditional and digital medias. Continually seeks to improve the sound of your last song. Time flies in his home studio. END_OF_DOCUMENT_TOKEN_TO_BE_REPLACED