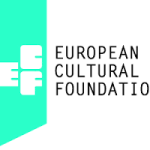 We bridge people and democratic institutions by connecting local cultural change-makers and communities across wider Europe. Whether you represent an organisation or a business, whether you are an independent cultural actor, an activist or an artist, a policy-maker, a journalist, a researcher, or an individual who is passionate about culture. END_OF_DOCUMENT_TOKEN_TO_BE_REPLACED

Cultural Information and Research Centres Liaison in Europe (CIRCLE) was a European network established formally in 1984, which operated as an independent think-tank dedicated to developing cultural policy models for Europe. The regular activities of CIRCLE ceased in 2007, although its individual and institutional members continue to collaborate in other frameworks. END_OF_DOCUMENT_TOKEN_TO_BE_REPLACED

The vibrant new musical If/Then, created by the Next to Normal team of composer Tom Kitt and lyricist/book writer Brian Yorkey, is an ambitious production that follows two parallel storylines. They are the two different paths that newly divorced urban planner named Elizabeth (Idina Menzel) could take in her life depending upon a key choice she makes. One storyline involves her dating a politically conscious college friend named Lucas (Anthony Rapp) and the other with a newly discharged Army doctor named Josh (James Snyder). As scenes unfold in different locales, they generally shift from one storyline to the next, exploring many of the same themes in different contexts. END_OF_DOCUMENT_TOKEN_TO_BE_REPLACED

Interreg (European Territorial Co-operation) is an important EU funding opportunity for the arts, culture and creative industries – but a little difficult to understand – for example, there are 8 different strands which UK organisations can apply to – depending on where you are in the UK!  However, in the past 7 years, there have been a significant number of projects funded that have involved a range of UK partners from the arts and culture sectors. END_OF_DOCUMENT_TOKEN_TO_BE_REPLACED