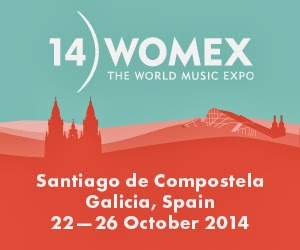 The steps towards WOMEX were taken in October 1991 within the ‘Worldwide Music Days at the BID’ in Berlin, Germany as part of the Berlin Independence Days annual indie music convention. The first edition of WOMEX, boldly stand-alone after the closure of the BID, then took place in Berlin in 1994. Back then, the aim was to host an event that would bring together all the key players within world music and, collaboratively, provide a platform to map out a future for the industry, a principle that continues to inform and guide all WOMEX editions to this day.

Founding director, Ben Mandelson, reflects on a format that, so far, has stood the test of time:

“Twenty years ago I wrote the introduction to the first WOMEX Guide. ‘WOMEX boldly leaps into the future and proclaims itself the foremost meeting place for roots, folk, ethnic, and traditional music, and come on, let’s say it, ‘world music’…it’s work-in-progress shaped by all participants’ I stated. The article was headlined ‘We are Traffickers in Extreme Repertoires’, referring to an internal-use-only term at Dutch Radio for all of that ‘other stuff’. Well, here we are again, twenty editions along the world road – that other stuff in which we traffic hasn’t gone away; the WOMEX that we share is still work-in-progress shaped by all participants, more of us, in fact. Music sounds great, is great. Let’s keep meeting. Next update in 2034.”

More than 25 acts performed at the inaugural edition of WOMEX including Baaba Maal (Senegal) and Cesária Évora (Cabo Verde). Reflecting how all things eventually come full circle, the musicians who accompanied Cesária Évora (who passed away in 2011) onstage throughout her career will perform at this year’s event as the Cesária Évora Orchestra, playing the songs and melodies that elevated the singer to international fame.

Over the past two decades, WOMEX has indeed grown: a Trade Fair; a Conference programme; the Showcase Festival; the WOMEX Awards; an Opening ceremony, Mentoring; DJ Summit and Film Screenings. Major global networks have formed at WOMEX while a number of artists have launched international careers as result of showcasing at the event.

While harking back to its roots, WOMEX will this year simultaneously be looking to its future. Söndörgő (Hungary) will perform this year as part of the Jury-Selected Showcases and provide a taste of what is to come next year when WOMEX travels to Budapest, Hungary, while this year’s conference programme will highlight WOMEX’s past, present and future role within the global music community.

For more material including a copy of the first WOMEX Guide, press photos, a special ’20 years of WOMEX’ logo adaptation, quotes and further information, please here.