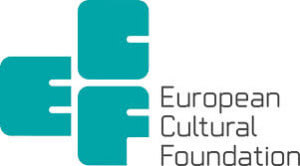 IFACCA and Arts Council Malta are delighted to announce the 7th World Summit on Arts and Culture, to be held in Valletta, Malta.

The appointment of Dr Nina Obuljen Koržinek as Programme Director, Dr Obuljen has a rich background in cultural policy and research and is uniquely positioned to link Mediterranean, European and broad international perspectives in developing the summit theme.  Her areas of expertise include research in the field of cultural and media policies with special focus on cultural diversity and international cultural relations and cooperation.

Dr Obuljen is a research fellow at the Institute for Development and International Relations (IRMO), Croatia, and was the former State Secretary for Culture (2008-2011) and former Assistant Minister (2006-2008) at the Croatian Ministry of Culture.  In 2004 she received the European Cultural Policy Research Award for her research on the impact of the EU enlargement on cultural policies which was published in the book ‘Why We Need European Cultural Policies: Impact of EU enlargement on countries in transition’.

As State Secretary at the Ministry of Culture, Dr Obuljen was responsible for the sectors of arts, culture and media. She was a member of the negotiating team for the EU accession responsible for the fields of culture and education as well as information society and media.  She was the chairperson of the Cultural Council for International Relations and EU Affairs of the Ministry of Culture and a member of the Working Group for the Reform of Book Policy (2004-2005).  She was head of the Croatian delegation for negotiations during the UNESCO Convention on Diversity of Cultural Expressions (2004-2005) and Chairperson of the Intergovernmental Committee of the Convention (2010).  In 2013 she received the Order of Arts and Letters from the French Ministry of Culture.

Dr Obuljen will work closely with IFACCA and Arts Council Malta – and their respective networks – on developing the theme, programme structure and content, and selecting speakers for the 7th World Summit on Arts and Culture.  She will be in Valletta at the end of September for a familiarisation visit and to meet a range of key individuals.  She will visit Malta again in November to meet with members of the IFACCA board who will gather in Valletta for the board’s bi-annual meeting.

The only international event of its kind, the World Summit on Arts and Culture brings together arts policy makers from around the world and provides a platform to exchange experiences and ideas about key issues affecting public support for artists and the arts at a national and global level.  The 7th World Summit will be held in Valletta, Malta on 18- 21 October 2016.

More information on the Summit will be available later in 2015 at www.artsummit.org.